Navigate your way through your golden years with one of our country’s leading geriatricians. Dr. Fred Michael Gloth, an expert in geriatric medicine and a renowned internal medicine specialist, is here to help with professional advice, tips, and guidance to help you stay fit at fifty and beyond!

Use the form below to send in questions or episode topic suggestions for Senior Survival Guide. 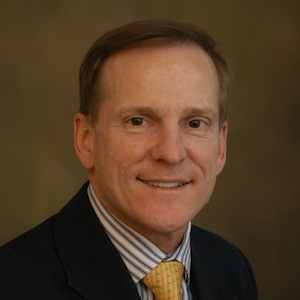 Dr. Michael Gloth is an Associate Professor of Medicine in the Division of Geriatric Medicine and Gerontology at Johns Hopkins University School of Medicine, a Clinical Professor of Medicine at Florida State University College of Medicine, and an Adjunct Associate Professor at the University of Maryland. He is, also, President and CEO of AMDG Naples 100 Senior Concierge & Consulting. Dr. Gloth, a Fellow in the American College of Physicians and the American Geriatrics Society, served on the Advisory Committee to the 2005 White House Conference on Aging, and the National Advisory Council on Aging. Prior to his move to Naples, he served as President of the Baltimore City Medical Society and the Hospice Network of Maryland, and as the first Geriatrician on the Maryland Board of Physicians.

Currently, he serves on the Health in Aging Foundation Board. His publications are extensive, including medical informatics, in-patient geriatric units, medication management in older adults, Handbook of Pain Relief in Older Adults and an International Book Award winner, Fit at Fifty and Beyond. Dr. Gloth has been the recipient of numerous grants and awards, which have included: multiple listings in Who’s Who® and in Best Doctors in America®, and, in 2006, he was named Clinician of the Year by the American Geriatrics Society. Most importantly, he is happily married and the father of 4 lovely daughters.